Get Off of My Sacrifice! 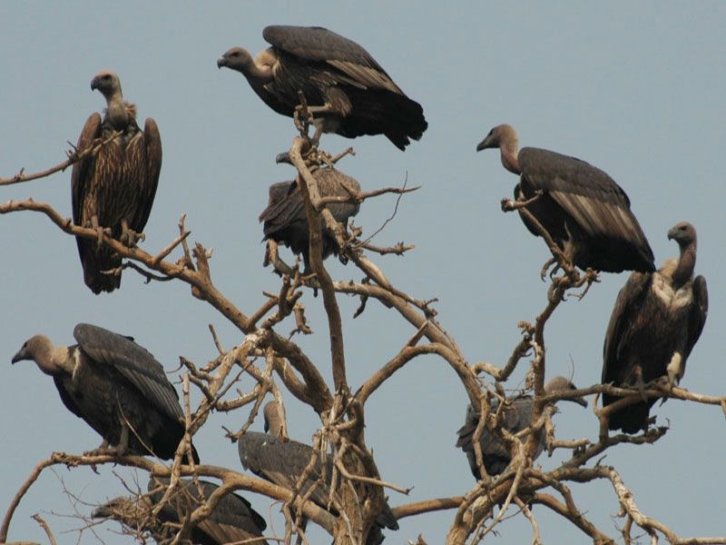 “So He said to him, “Bring Me a three-year-old heifer, a three-year-old female goat, a three-year-old ram, a turtledove, and a young pigeon.” Then he brought all these to Him and cut them in two, down the middle, and placed each piece opposite the other; but he did not cut the birds in two. And when the vultures came down on the carcasses, Abram drove them away.” (Genesis 15:9–11, NKJV)

Yours was a meeting of conviction and anointing, the presence of the Lord was thick and His prompting on your life very specific and very direct. He was asking you to give up something that had stolen the affection of your heart.  So, in obedience, you moved forward and put it on the altar of sacrifice.  Then, you received the great freedom that comes in doing God’s will. For Abraham, his sacrifice meant leaving his home and heading out, “knowing not where he went.” (Hebrews 11:8, NKJV)  Like Abraham, God called for a greater sacrifice and commitment on your part. You responded to His prompting and placed “that thing” on the altar of sacrifice.

You shared with your closest friends how wonderful it felt to be in obedience and walking in the freshness of this new light. You entered a new day, a new beginning, because you obeyed the light that had been given you. There is nothing more freeing!

Then the buzzards showed up.

Just like in Abraham’s circumstance, the buzzards came to steal your sacrifice. And like Abraham, you MUST chase them away.  Both Heaven and Hell were watching that day you obeyed; Heaven rejoicing and Hell scheming. Remember, both Heaven and Hell are looking for the same thing, “a heart devoted to the Lord.”  God is looking to strengthen you but Hell is looking to rob you. Just as quickly as you determined to offer your sacrifice to God, Satan dispatches the buzzards to destroy your commitment.  They begin circling the moment you respond to God and it is not long before they’re on the ground trying to steal your sacrifice!

Many a Christian have fallen prey to the birds of prey.  They didn’t know the buzzards of Hell were coming. You, like Abraham, must watch over your commitment and chase the buzzards away. God made a covenant with Abraham that would affect every man from that day forward. The only requirement on Abraham’s side was to offer the sacrifice, then make sure NOTHING stole it.  He had to chase the buzzards away!

“The weapons we fight with are not the weapons of the world. On the contrary, they have divine power to demolish strongholds. We demolish arguments and every pretension that sets itself up against the knowledge of God, and we take captive every thought to make it obedient to Christ.”
(2 Corinthians 10:4–6, NIV84)
God has given you the spiritual stuff, His divine power, to drive the buzzards away! This divine power, that created the heavens and the earth, literally dwells in your mortal body! Most of your buzzards will come in an attack on your mind after your choices and decisions to obey God have been made. That’s why Apostle Paul makes it clear that divine power, God’s Holy Spirit working within you, will enable you to demolish the strongholds of the battle of your mind. Right thinking, right choices, right responses, and right acting, through God’s divine power, WILL drive the buzzards away.

What Do You Mean by a Personal Cross?
Hurt, But Not Moved