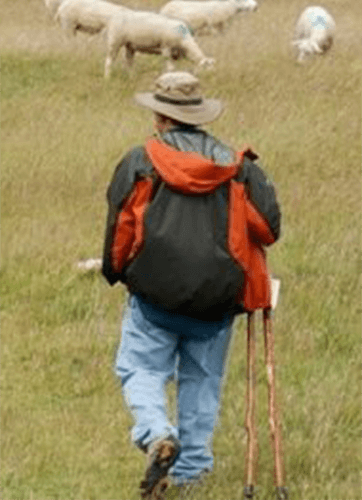 Steve Walking the Hills of Israel

I was born in Dayton, Ohio, in 1959 and gave my heart to the Lord at a Sunday evening church meeting at the age of nine. My life truly began that night! My first Bible was a Living Bible, which was big, thick and had a green cover.  I carried it everywhere!  I loved to memorize God’s word at an early age and was profoundly affected by the Jesus movement that was sweeping across America at that time.

David Wilkerson, Leonard Ravenhill, Keith Green, Watchman Nee, T. A Sparks and my Dad had a profound impact forming the foundations of my walk with God.  In 1981, I moved to Florida to attend Warner Southern College (now Warner University). However, the move to Florida was much more than attending college.  It was about receiving the call of God, meeting my wife, Linda, and being mentored by a skinny Italian man, George Kickasola, who simply lived in the Presence.

During my time at Warner, while mopping the cafeteria floor, the Presence of God came blowing into that room in such a way I found myself on my knees in tears. Then, I heard the Spirit say, “From this day on, I will lead you by my Spirit and guide you by my Word.” He has been completely faithful to that word!

During my time at Warner, while mopping the cafeteria floor, the Presence of God came blowing into that room in such a way I found myself on my knees in tears. Then, I heard the Spirit say, “From this day on, I will lead you by my Spirit and guide you by my Word.” He has been completely faithful to that word!

During college, I went on a work camp to Haiti that forever changed my life. Together, with two other like-minded men, Hand to the Plow Ministries was birthed in 1983. Our vision has been to share the burden to pray for Haiti through short term mission trips. The stories of God’s faithfulness there and the miracles of His deliverances would fill volumes! For over 30 years, we have had the privilege of working with Phyllis Newby, a resident Haitian missionary from Jamaica. Phyllis is one of the most selfless servants I have ever met and she graciously took us under her wings many years ago.

I married my wife, Linda, shortly after we graduated in 1983.  We have raised our five children, Luke, Joel, Jessa, Josiah and Amy on a small ranch outside of Sarasota, Florida, since 1989.  In Sarasota, we began a house church which now meets in a barn — appropriately, we call it the Church at the Barn.  My passion has been to see the organic nature of the church re-emerge in an atmosphere (whether that be in a home, brush arbor, garage, or traditional building) where the intimacy of Christ is real, His mind is expressed, and His Body is being discipled.

I graduated from both Warner University (BA) and Atlantic Seminary (MA\BT).  My life was also  greatly impacted by attending The Colorado Bible Institute, The H.E.A.R.T. Program (Missionary Training Program) under the leadership of Charlie Smith, and The Jack Hayford School of Pastoral Nurture.

I love the adventure of walking with God!  In 1999, a brother in the church gave me a walking stick for my birthday, and the Ezekiel Stick Ministry began. This simple ministry has taken us to countries around the world including Israel, Scotland, Ireland, and Wales. Through this ministry, we have shared with thousands of souls how God can “make them fruitful in the land of their suffering.” Genesis 41:52

Most recently, The Outpost has emerged, with the mission statement of “Re-igniting the adventure of walking with God.”  At the Outpost, we disciple and prepare God’s people to establish their own Outpost (an organic expression of the body of Christ) wherever the trail may lead. 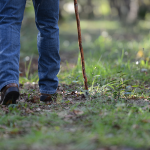 God will order every step 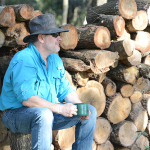 A little coffee for the journey… 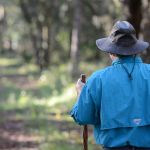 There is always a trail to be found 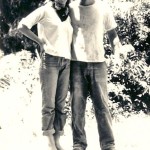 Steve and Linda in Haiti at the beginning of their adventure together! 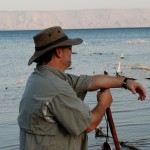 Steve in Israel on the Sea of Galilee