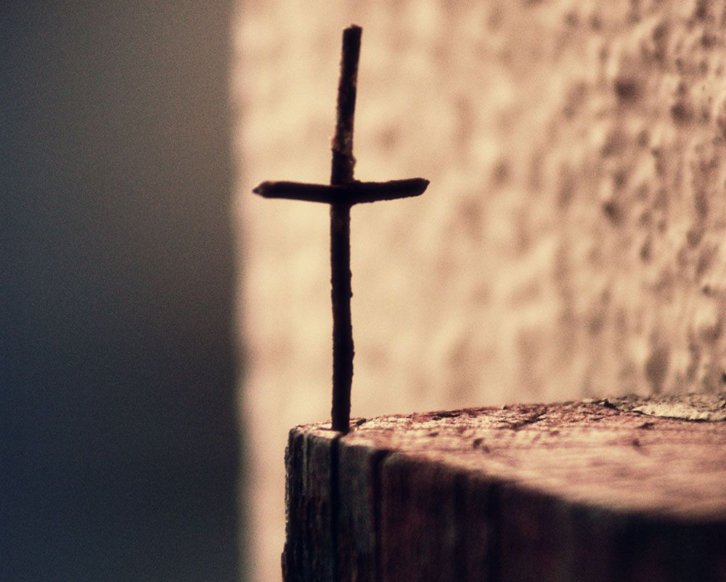 In Biblical times, after a king defeated his enemy, he would strip him and put a rope or chain around his neck and lead him through the streets as a visual representation of victory over the enemy. This is precisely what the Apostle Paul is referencing when he speaks of the cross overcoming the enemy. Remembering and proclaiming the Lord’s death on the cross reminds us of Christ’s victory and Satan’s clear defeat.

This word is simply a reminder of what Christ did on the cross and what He, in turn, asks of us.

Your friends, many times, your “Christian friends,” take up an offense against you.  Remember, it was the religious leaders that planned Christ’s crucifixion. That doesn’t make it any easier, and it can be unbelievable to think that your Christian friends may be a part of what seems to be your demise.

*Those into which you’ve poured your life join in that plot. A Judas’ betrayal and a Peter’s denial may be the hardest part of your cross to endure. You have poured your life into those you love, and not only do you find that you have been betrayed, but they also deny association with you as well. You may have trusted a friend with utter confidence and find that trust has been broken.

*Your past help is forgotten. The miracles and the servanthood are forgotten as the voices of accusation prevail. Consider that Jesus was still healing others during His betrayal in the garden; remember, He miraculously restored the servant’s ear after it had been cut off.  When they demanded to know if He was Jesus, He said, “I am He,” and the soldiers fell down to the ground! Even with all of that, they still took Jesus away and His miracles were immediately forgotten.

*You are betrayed at the point of affection – a Judas’ kiss.  In the Garden of Gethsemane, Judas betrayed Jesus with a kiss.  Both the place and manner of the betrayal cut deeply. Those who loved you, those who said they were with you to the death, betrayed you, and they did it with a kiss!?! This is ultimate betrayal, not only at the point of affection, but in the place of your comradeship. The garden was the place where Jesus spent many sacred and intimate hours with His disciples and then it was denigrated by betrayal.

*You are suffering at a deep soul level. In the garden, the weight of the burden of the cross was so great that Jesus told the apostles He was overwhelmed to the point of death. At such a time, the weight, depression, and anguish is so heavy you think that you may not physically endure. You simply cannot believe this is happening to you.

When the cross is at work, your world is shaken. You have never been in this place of darkness and shaking before, and furthermore, there is no way out!  That is one of the most poignant marks of a true cross: you simply cannot find a way out! You cry out to God, but there is no answer from Heaven. Everything is silent, including His word to you. Then, you have well-meaning friends tell you that your ministry is over and that if God were with you, you’d never be in this place of suffering and trial.

The people shouted, “If you are who you say you are, you’ll come down from that cross!” Why? Because it was there that Christ was defeating all of hell. The cross is where Jesus did the greatest work of all time defeating the devil and his kingdom. That’s why Satan wanted Him to come down! What would have happened to the thief (before he asked Jesus to “remember him”) if it had been possible for him to get down from the cross and keep living his life? Where would he have been? No doubt, he would have stayed a thief and spent the rest of his days bitter, angry and still blaming others for the bad hand dealt him in life. Instead, because he recognized the Lord and embraced his own personal crucifixion, He is forever with God.

Doubt Doesn’t Disqualify You!
Get Off of My Sacrifice!