Hurt, But Not Moved 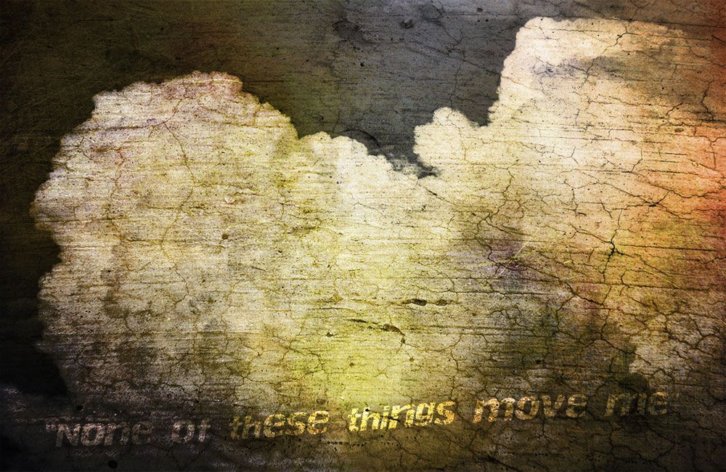 “And see, now I go bound in the spirit to Jerusalem, not knowing the things that will happen to me there, except that the Holy Spirit testifies in every city, saying that chains and tribulations await me. But none of these things move me; nor do I count my life dear to myself, so that I may finish my race with joy, and the ministry which I received from the Lord Jesus, to testify to the gospel of the grace of God.” (Acts 20:22–24, NKJV)

It was an emotional scene as Paul was saying goodbye to the Ephesian church. They would miss their beloved friend and Apostle; they knew that Agabus had already prophesied that harm awaited Paul in Jerusalem. He responded by saying, “The Holy Spirit told me, ‘Chains and tribulations await me,’” in every city. What Paul was saying was, they may await me, but they don’t move me.

You Can be Hurt and Not Be Moved!

I’m not sure how many of us would have been able to look at the bare back of the Apostle Paul without gasping. Even for the strongest of men, it would have been difficult to see his mangled flesh after surviving 195 lashes from multiple Roman floggings. And, add to those scars, 3 different rod beatings! It was not uncommon that one flogging (39 lashes) would kill a person. The Apostle Paul endured that torture five times. He had been a bloodied, bruised, and now, scarred man. Paul’s response to all of this, “None of these things move me.”

While to most, Paul’s case is extraordinary. But if you live in this world, you are going to be hurt. That hurt could be physical, relational or emotional. For the Apostle Paul, it was all of them put together. Not only was he hurt physically from the beatings he endured, but he also knew the emotional betrayal of his own trusted brothers in the faith. And then there were the relational misunderstandings with his good friend, Barnabas, over John Mark, and the confrontation with Peter over mingling with the Gentiles. He was a man who had been hurt at every level of life. And yet, he declares, “None of these things move me.”

“None of these things move me.”

How To Move On – We Have An Example To Follow

“To this you were called, because Christ suffered for you, leaving you an example, that you should follow in his steps… When they hurled their insults at him, he did not retaliate; when he suffered, he made no threats. Instead, he entrusted himself to him who judges justly.” (1 Peter 2:21–24, NIV84)

None Of These Things Move Me…

If you have been hurt, you don’t want to be moved away from God’s will, and you want to move on, here are a few simple recommendations for you. The Apostle Paul wrote, “I have believed therefore I have spoken…” (2 Cor 4:13) demonstrating the power of the spoken word. And so, like Paul, I encourage you at each point below, to speak out loud, by faith, the declarations to overcome the hurt and move on with God.

1. Acknowledge It. It is denial to do otherwise. Hurt hurts! Whenever Paul was wounded, there was no way for him to ignore it. Later, he probably dealt daily with the pain of scar tissue and the questions of others. “I bear in my body,” was clearly a statement of reality that the scars were there. Declare out loud: I will acknowledge the hurt. To ignore it, is not to deal with it.

2. Transfer It. Paul’s statement does not validate or approve of the people who hurt him, but it releases him to move on. When he says, “the marks of the Lord Jesus,” he is declaring that the scars, the wounds, have been given over to Christ. Declare out loud: I will not let past woundings from any person(s), stop me from moving forward in God’s will. I give all my wounds over to Christ.

3. Don’t Review It. If we will not review or relive the hurt, God will help the memory of it diminish. Review is a powerful asset if we review the right things, such as how God has helped in the past and what He is doing in your life right now. But when it is used to recount our hurts, it becomes a seedbed for bitterness. Declare out loud: I will stop reviewing the hurts I’ve received.

4. Forgive. Whoever or whatever it was, forgive “just as God in Christ forgave you.” You don’t have to “feel” forgiveness, and many times you won’t. It is an act of faith, just like your salvation. Sometimes, people have been hurt so deeply that to ask them to “feel” forgiveness is unrealistic, and even cruel. But what you can do, as an act of your will, by faith, is forgive the person(s) and circumstances involved. One of the most powerful things forgiveness does is that it releases you! The person(s) who hurt you may never change, but you will. The tentacles of the situation that continue to cause you hurt will be cut off and no longer be able to hold you captive. Declare out loud: I will, by faith, forgive.

5. Move On! “None of these things move me.” Paul didn’t say, “These things don’t hurt me.” He said, “They don’t move me.” In other words, he reckoned with the hurt, was unmoved by it, then he let Christ move him forward. Paul learned that in any and all circumstances, “I can do all things through Christ who strengthens me.” (Philippians 4:13) Declare out loud: I will let nothing move me except Jesus Christ!

Get Off of My Sacrifice!
Bitter Waters Made Sweet