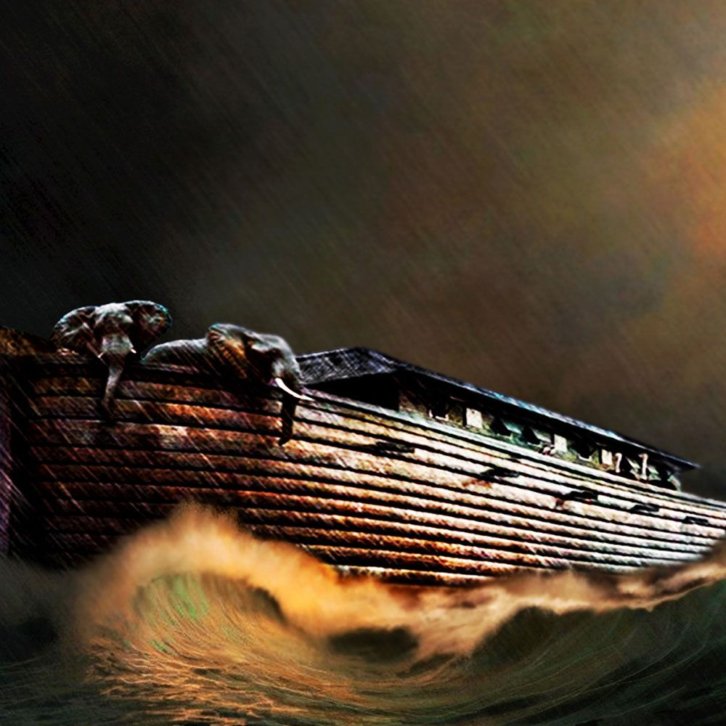 It was God who shut the door of the Ark, not Noah. God shut him in.  Noah didn’t ask for the assignment to build the Ark, nor did he know how long he would be in there, which, by the way, ended up being 415 days.  Noah, his wife and his three sons and their wives were the only humans left on the planet and they were all “shut up” in the ark. All of human history counted on Noah and his family being willing to be shut into God’s will.

Being “shut in” can be both great and terrible at the same time. It is great because you’re in the will of God and terrible because it may not be anything like you thought it would be. They stayed four hundred and fifteen days in an Ark, which was like a floating house having neither rudder nor sail. It went only where God moved it – and so will you if God has His way. Inside the ark, there were relationships to work out, seasickness to overcome, animal noises of every kind, manure everywhere and the daily question of how much longer they would be in there?

Noah was given the blueprint straight from God and he was the only man on earth who knew what it was going to look like. When you get a fresh vision or revelation from God, it is a big thing!  Watchman Nee said, “One revelation is worth a lifetime.”  Visions from God can be full of such great excitement in the beginning.  You’ve been given a “word” from Heaven and you love sharing the vision.  And then there comes the practical application and working the thing out.  As one man said, “Every vision has the revelation, the interpretation and then the application.”

Four hundred and fifteen days is a long time in a boat, especially after preaching for 120 years without a single convert!  Every true work of God must be put to the test. When the excitement is gone and folks go home, you are left with the reality that this is going to be a long haul and a lot of hard work. It is then that you will ask yourself, “Do I still want the blueprints and the vision? Do I still want this ministry?” All the while, the enemy, perfectly timed, whispers again, “Did God really say?” He is holding out hope that you will throw in the towel in surrender. You must not!

How many days do you think Noah woke up and literally said, “It stinks in here!”  And perhaps Mary and Joseph could have echoed the same sentiment as they were shut up in the stable while our Lord was placed in an animal’s manger. Yet, in both cases, the whole world counted on their endurance (the capacity to bear up under difficult circumstances) and obedience and willingness to overlook the stink that surrounded them! You see, Life was in the ark and Life was in the manger and it was worth putting up with whatever stink there was around it. One man compared the ark to the church and said, “The ark may have stunk awfully bad but it was the best thing afloat!”  When you get in the will of God, there are going to be some things surrounding you that stink! Right now, you may be shut in to circumstances that might give you the opportunity to wake up and say, like Noah, “This stinks.”  How should you respond?  Well the man with the most stripes on his back, the Apostle Paul from being flogged, gives us the answer, “…I have learned in whatever state I am, to be content.” (Philippians 4:11, NKJV) Those few words are the key to every successful vision of God. Why? Because you are going to go through stuff, like it or not, and the question is all about your response. “Godliness with contentment is great gain.”

Eventually the rain will stop and the storm will be over and the sun will shine again. You may be required to “bear up” under the circumstances of His will for a while, but at the end of the day, you can rest in the peace that not only have you satisfied the heart of God, but you have touched the hearts of those around you as well. How many? Only God knows for sure. But remember, there were only eight on the ark and even less in the stable the night Christ was born.  Both forever changed the world and you can too.

Jesus Cares!
Those Whom I Love