Our Dear America – Where Do You Go From Here? 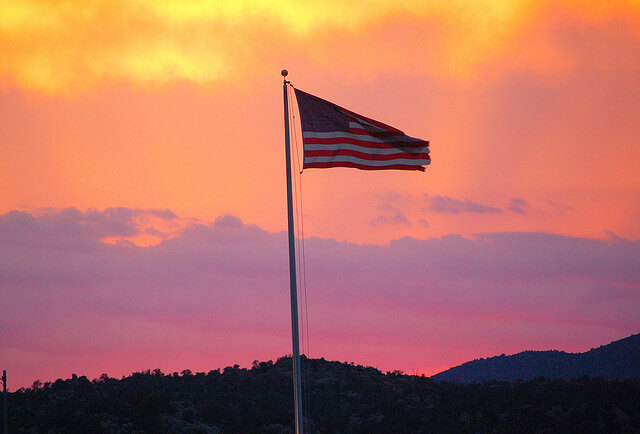 This is a sobering perspective just after the Presidential election from believers in Germany to America. I believe it is well worth our consideration before the Lord.
~ Steve Coder

Our Dear America – Where Do You Go From Here?

By: Wolfgang and Mercy Simson, Germany

Today, Obama has been re-elected; all the efforts of many Christian leaders, prayer movements, “prophets” and “concerned Americans” who have lobbied, written appeals, articles, books, letters – some have even done films – to warn not to vote for him have come to nothing. Many of them have behaved as if the future of the Kingdom of God is at stake. Well, it is not.

Can we, as foreigners who dearly love you as a people, say a few words into this situation? Because it is evident to us that God has a clear plan with your nation. But many don’t seem to see it, and therefore run the danger of fighting the wrong fight, wasting precious time and resources, and even endlessly call upon God to do what He just will not do.

The German weekly Der Spiegel, kind of a German Time Magazine, has a cover picture of Uncle Sam in bed, titled, The American Patient: The decline of a Great Nation. We think this is a prophetic picture. As your friends, we know, acknowledge and admire that America has had a great past. But how will your future look like?

God chastises whom he loves because he knows: pride will come before the fall, and humbleness and brokenness is the only condition he responds to. We personally sense we need to tell you: the destiny of your nation is in God’s hands, not yours. It is not at all about Obama or Romney, it is about God using all the nations in the world according to his global and unchanging plans. Did you ever allow the thought that God in his sovereignty is using Obama like a pawn on his chessboard to humble the US as a nation because he wants to show his grace to a nation gone completely self-sufficient?

A nation that is so full of independence, individualism, nationalism and trusting a greed and fear-based economy that there may be only one way open to heal it from its idolatry and re-align itself with the Kingdom of God: a crisis beyond anything that America has ever seen?

In 2008, God has been challenged by a man standing up in public, preaching to the cheers of a huge crowd: “Yes we can!” We watched it; we saw the tears of excitement in the eyes of the people; the statements were received as if coming from the Messiah himself, and the electoral rallies had all the flavor of a religious revival. “Yes, we can” is the exact opposite of the King of kings saying: “Without me, you can do nothing!”

If God is the one who “deposes kings and raises up others” (Dan 2:21), does it really matter what are the names of the current puppets set in place by God that advance both the New World Order and the Kingdom of God? Neither Herod, Pilate nor Caesar were truly important for the development of the Kingdom. That is exactly why Kingdom people do not play in the Second League, but the First, the one that matters. The one that puts the Kingdom first, and everything else – including their own nation – second.

The problem of the current commotion and insecurities arises when even the people that call themselves after God keep confusing the Kingdom of God with the United States of America. And when that happens, especially through Christians with a public voice, then we have truly lost all perspective of the coming of Jesus Christ and the predictions he has made that will precede his coming.

America is being publicly humbled by God; and he is going to use Obama – and those after him – to further advance his agenda that will lead all nations to kneel before that one true King Jesus very soon. If any nation wants to become a tower that reaches up to high heaven, it will be humbled by a God who will not share his glory with people relying on their own strength.

America, where do you go from here? What does this mean for you? The future is going to be very, very rough. Your securities will vanish, the economy will go down, the education system will become even worse, the streets more dangerous, the churches even more divided, the youth even more disillusioned – unless there is a true movement that abandons all those idols mentioned above, and radically repents, makes a radical alignment with the King of the Kingdom of God and his constitution, live the Law of Christ in all areas of life, first and foremost in the areas of sex, money, power and how we “do church”.

This is a defining moment for you as a nation. You could go down, as the German journalist of ‘Der Spiegel’ predicted. Or, America could be literally reinvented by Kingdom people (the people of Christ) who are ready to implode the prevailing myths about America’s greatness, and replace it by God’s greatness. The King has even greater things purposed and would fulfill those purposes IF those who call themselves after Jesus the King, would turn away from their self-made religion, self-made churches and religious factions, self-made visions of success, and their self-made, harmless God.

Can we lovingly but urgently call you back at this hour to begin and initiate a movement to reposition and repatriate yourselves into the eternal Kingdom, by submitting yourself not only in theory but also in practical deeds to Jesus the King, starting to obey the King and his liberating decrees in all the areas that count? You might even want to write a declaration of dependence on God and each other, because by idolizing anything else before and over God, you will become illegal aliens in the country that counts, where we all are called to have our home: the Kingdom, the one place where our true citizenship, nationality and allegiance lies (Phil 3:20). This is the only one country that will not be shaken, as it has an unchanging King.

Downshift and Turn Right
God's Path - Through the Waters